It’s the end of March and I finished my first book of 2019! For me, this is a pretty huge accomplishment as, as I’ve mentioned many times before, I have struggled a lot with reading since I burnt out hard around 2013 and I’ve read maybe 10 books since then, at most? It’s hard to say because the line between realising reading was more stressful than fun and letting myself take a step back from it was very blurred. But anyway, I’m not wholly out of this slump even to this day, so starting and finishing anything within a reasonable amount of time is a huge deal. I suppose it just helped that this time around, I picked something pretty easygoing.

City of Bones (The Mortal Instruments #1) by Cassandra Clare 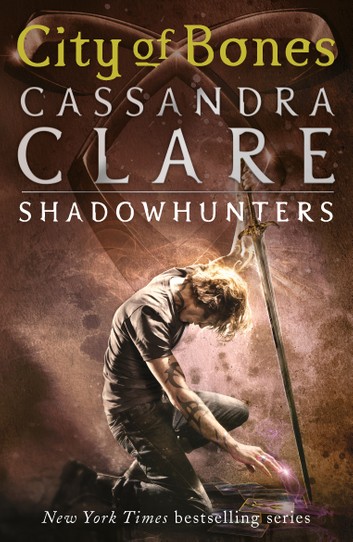 I assume most people who care know what this book’s about but never hurts to refresh the memory, I suppose! Besides, I’ve never been one to “keep up” with the hottest new thing so perhaps reviews like this one will appeal to my fellow Slowpokes.

Basically, 15-year-old Clary Fray finds herself swept up in a world of angels and demons and all things that go bump in the night when her mother goes missing and she’s attacked by a demon, and all this on the very same night that she meets Jace, Alec, and Isabelle, the Shadowhunters who she supposedly shouldn’t have been able to see. The demon utters a name as it’s attacking her: “Valentine”, enough to send a shockwave throughout the Shadowhunters Clary meets. Valentine was a Shadowhunter who went against his own kind in the aim of committing an act of genocide intended to bolster their ranks, but it didn’t go to plan and he died. Or so everybody thought. What City of Bones follows is Clary’s journey in discovering the Shadow World and trying to find the clues necessary to find and save her mother, if she’s even still alive.

Honestly, while it wasn’t the most perfect book in the world, I think it was exactly what I needed right now. With all the fatigue I’ve been suffering with lately, a nice quick and simple book has been a lovely thing to occupy myself with when I’m too tired to focus on my other stuff and as such, I finished it in about two weeks, and I really enjoyed exploring the Shadow world with Clary. The little café they visit about halfway through the novel was great at showcasing how this other side of Brooklyn runs and I’d love to see more about these little parts of this world. Of course, with 5 more books in the Mortal Instruments series and I believe at least 3 each in a couple other series, including one focused around the fabulous Warlock Magnus Bane, I’m sure that will come up. It just felt like a bit of a shame that we only saw a couple of aspects of that world.

Now, a lot of what I really loved in City of Bones is just flat out spoilers (which we should know I don’t do, however old the media). Outside of those particularly stand-out moments and story beats, the book felt kinda subpar and I was very close to rating it a 2.5 out of 5 for “good, liked it, some flaws”, however, the last 25% of the story went in a direction I won’t say I didn’t expect, but I was surprised Clare was bold enough to go there and I’m super intrigued to watch the adaptations at some point to see if they cut that out of it entirely like I suspect they probably did. Time will tell on that point but regardless, the twists, though I saw most of them coming, were well presented and bumped my rating up to a solid 3, for sure. Also, I feel like I should mention there is a little romance in there, it didn’t really grab me and the book wouldn’t really have lost much without it in my opinion, it wasn’t great, but it’s there.

I’m not sure if this is a book I would reread, but I’m glad I read it and look forward to enjoying the rest of Cassandra Clare’s books set within this world at some point, of which I already own books 2, 3, 4, and 6 of the Mortal Instruments and book 1 of the Infernal Devices. Bless past me’s obsession with The Works.

Would I recommend it?

Sure. If you haven’t read City of Bones and you enjoy urban fantasy and/or young adult fiction, you might enjoy it. If young adult fiction tends to irritate you or just isn’t your biggest love then I’d perhaps recommend skipping this series.

This site uses Akismet to reduce spam. Learn how your comment data is processed.

Welcome to Dragons and Whimsy

Hello! I am Hannah (or Jaedia), a British ace spoonie who loves a good story. Join me as I seek dragons and whimsy in fantasy worlds, science fiction adventures, and creepy horror tales in books, film, games and beyond!

Posts You May Enjoy

The Liar of Red Valley
by Walter Goodwater